After many months of absence, in-person events will probably be a big hit in 2022, wherever your business is going.

84% of professionals in leadership roles agree that live events (including networking events) are critical to the success of their companies.

Given their importance, they deserve some extra consideration. Don't write off upcoming events as another matter, of course!

The world of networking events is changing, and yours should be changing with it!😉

Why Business as Usual Won't Cut It

Instead of remaining the same year after year, it's constantly evolving by the influence of its participants.

You need to be aware of this if you're involved with coordinating networking events.

Ongoing events position your organization as forward-thinking and current, which always reflects well on your business strategy as a whole.

It may also help draw in more attendees, as many of these trends have to do with shifting attitudes among professionals in general.

So, what changes are in order?

Based on current trends, your networking events for this year should be:

Formality is waning in most aspects of modern life, but this is especially the case for networking events.

Although they were once some of the most hyper-professional gatherings you could go to, that approach has lost its lustre over time.

Now, it's not uncommon to see reputable people decrying the usual stuffy types of events and encouraging professionals to do their peer-to-peer engagement activities outside of these structures.

So, try to set up a space and environment that sparks organic conversations between your guests.

Everyone should feel as at home as possible while still maintaining a controlled environment with reasonable expectations for behaviour.

Related: 5 problems in networking events, and how to avoid them

Along with the predominantly informal nature of modern networking events comes a smaller scope.

In the age of massively prevalent but essentially meaningless social media connections, there is a growing recognition that quality is better than quantity when it comes to business contacts.

Current tastes dictate that networking events should keep things small and restrained to allow for more meaningful interactions that accomplish something rather than just fulfilling a perceived obligation to network.

Nearly 97% of people prefer to meet for business purposes in groups of 10 or less. It would be silly to restrict yourself to just ten attendees per event, but you should keep this guideline in mind when setting things up.

People want to connect more organically, and that's tough to do when you're in a crowd of hundreds or even thousands.

The ideal way to remain expedient while still serving this goal is to aim for a relatively low number of attendees and then allow them to break off into even smaller groups to create closer contact without burning up any extra resources.

CAPTURE ANY LEAD DATA DIRECTLY WITH YOUR MOBILE NOW!

Diversity isn't just a social value: it can also be a significant business advantage.

The companies that rank the highest in ethnic and gender diversity are up to 35% more profitable than their competitors.

The value of having different points of view available to your business is becoming more evident. With all the focus on bringing excluded or under-represented groups into the workplace in more significant numbers, you can expect to see a continuing focus on this issue by next year as well.

If you're going to be hosting networking events in this changing cultural landscape, you should be thinking about ways to promote inclusivity in the ranks of your attendees. Be sure to consider dimensions of diversity that go beyond differences in nationality or race when doing this.

What could you do to make your events friendlier to women, disabled people, or even just those who speak a different language from you?

This can include things like practicing considerate event timing (to work around caregiving responsibilities, religious practices, or other social and cultural obligations), providing something for people to do together to make sure no one has to rely solely on verbal communication, and perhaps most importantly, hearing the voices of diverse groups in the planning process.

Differences can become incredible assets at networking events, but for that to happen, you'll need to create an environment that makes different people feel welcome.

Related: 4 ways to get the most out of networking events

Everyone knows how unpleasant it is to feel pressed for time, but unfortunately, that feeling is becoming more and more common these days.

Not only is the average person generally working more hours each year as compared to the one before it, but commute times are also becoming demanding (many major metropolitan cities around the world carry average commute times of more than 90 minutes).

Some people will count them as part of a workday. Still, even in that case, their lack of immediately obvious ROI may cause them to be pushed aside, favouring more beneficial activities.

The exception to this rule, as always, is the entire getaway-style event conference, which will probably never shorten like this for logistical reasons.

They can make greater demands on people's time because they are infrequent, generally lavish, and somewhat leisurely; they can double as short vacations and work commitments.

If current trends are anything to go by, people will have even less accessible or unstructured time next year, and that's saying something.

Expect upcoming networking events to adapt to this general busy lifestyle by becoming shorter and more compact if they aren't going all-out. If you want people to attend a more modest event, you have to make it more convenient for them to fit it into their schedule.

A busy, tired, stressed person might not be able to commit to a three-hour-long event, but a one-hour one might be more doable.

Don't mistake shorter events for fewer events because that is the opposite of what is currently observed across networking events. Between 2017 and 2018, 17% more companies organized 20 or more events per year, and there is no indication that this trend is slowing down anytime soon.

Of course, many smaller companies will fall well short of the 20-event mark, but the general point still stands. If you're going to host events at all, it's becoming more and more common to host multiple in the same year.

Staying in touch with this networking development means splitting your event planning up for the year, even if that isn't what you would typically do. Don't pour all your time and resources into just one occasion, but instead plan for several.

Space them out throughout the year to capture a different audience at different times and maximize the variety in your contact lists. Doing this not only aligns better with attendee expectations but might also give you some extra opportunities for lucrative long-term networking that builds throughout multiple event invitations.

We no longer do countless things because technology has rendered them pointless.

Some aspects of how we deal with contact data at networking events are likely to go this way.

You can accommodate changes by choosing venues with good Wi-Fi coverage and mobile charging areas.

Such little touches can make you stand out as a good host.

Related: The one tool you might be missing in networking events

Networking is such a dynamic topic that it's impossible ever to stay very far ahead of its evolution; even these very short-term predictions are far from a sure thing.

However, making an effort to observe what other companies and event holders are doing is always a good idea.

You don't want to be caught off-guard and looking antiquated as these kinds of changes settle in for the long run.

It's the up-to-date organizations that keep themselves ahead of the networking events game that will usually seem most attractive to clients and talent alike.

We have great tips, tricks, and facts from hundreds of sales, marketers, and thought leaders who get great returns from their networking events.

Get your pocket guide today 👇

While you wait, consider joining us as we continue to facilitate business connections through data.

Perfecting follow-ups after networking events can impact your lead conversion. Use these 6 techniques and you can succeed at turning event leads into clients.
( 7 min read )
Tags: Networking events Marketing Sales
Natasha Trad

How you can be creative with your virtual events?

Creativity was ranked as the number one factor for business success. Virtual events have a big part in your business today. Ever wondered why your viewers are signing off mid-event?
( 5 min read )
Tags: Virtual Events Networking events Marketing
Natasha Trad

Do you want your virtual event to reach its ultimate success? Your most vital aspect should be your attendees. Check out how can you make their experience more enjoyable.
( 8 min read )
Tags: Virtual Events Networking events Marketing 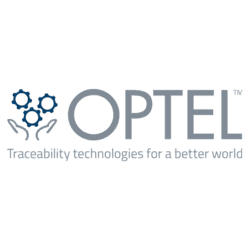 Optel Group is a leading global provider of supply chain traceability systems and a Certified B Corporation, making it part of a global movement of companies dedicated to using the power of business to do good in the world. 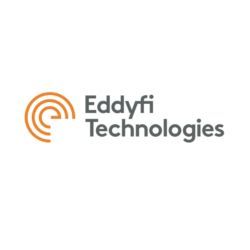 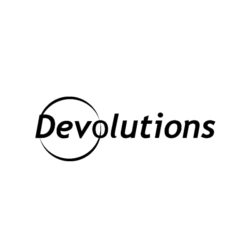 LeddarTech is an industry leader providing the mobility LiDAR platform, which consists of a suite of automotive-grade and functional safety certified systems on chip (SoCs) working in tandem with the LeddarSP signal processing software.

TOPRING leaders in the field of pneumatic accessories and compressed air systems in Canada. Offering solutions tailored to the needs of the industrial, hardware and the automotive markets. 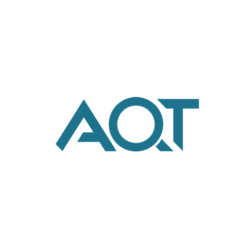 The Quebec Technology Association (AQT) contributes to the influence of Quebec’s IT industry companies as well as the growth of this economic sector, with its 500-strong memberships, the AQT unites and supports ICT industry leaders.

Informatica is the world’s leader in Enterprise Cloud Data Management. It helps data-driven leaders unleash the power of data to drive their intelligent disruption.

In Fidem specializes in information security. They develop and implement intelligent strategies and practices of efficient personnel policies.

Mediaclip™ offers software solutions to any kind of personalized products on your web site, including photo products, business products and promotional items.

Parkour3, a digital marketing & production agency, helps companies to better invest in the digital transformation of their sales and marketing department.

Mila rallies researchers specializing in the field of deep learning. They distinguished themselves in the areas of language modeling, machine translation, object recognition and generative models.

NetGovern enables regulated organizations to deploy a comprehensive Information Governance strategy that is both prescriptive & proactive, by integrating with on-premise and cloud-based file servers, instant messaging, email, & other collaboration platforms.

R2i provides infrastructure and cloud solutions for data centers and the development of artificial intelligence, with a wide range of managed services and cutting-edge personnel able to perform various IT roles.

Free yourself today from manual data work >>
All Articles

By joining, you are giving your consent for the ebCard newsletter program to provide you the exclusive news, surveys, tips, advice and other information for getting the most out of ebCard. You can unsubscribe at any time.